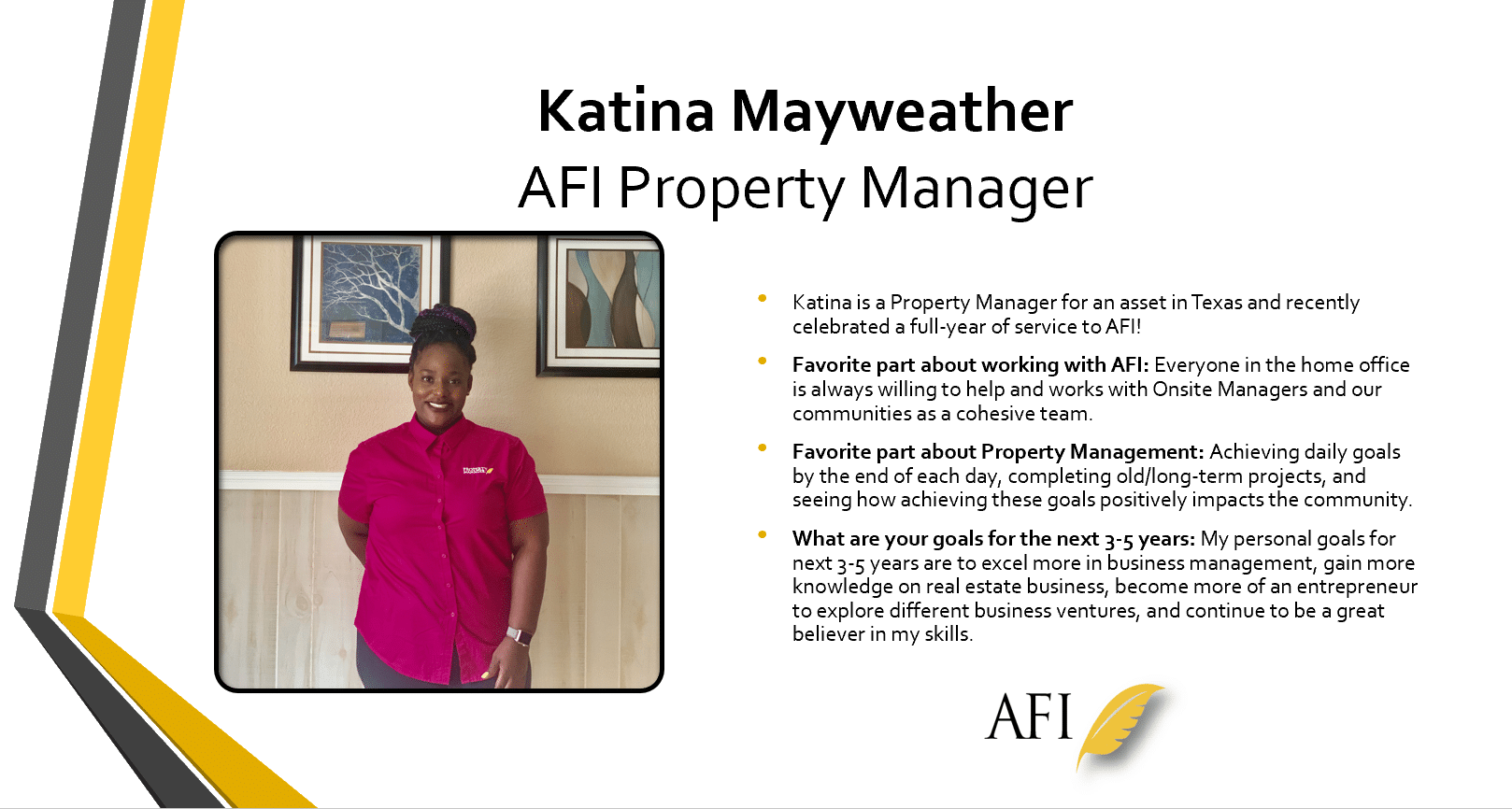 Originally from Texas with an extensive background in both sales and leasing, Katina was eager to get back down South as quickly as possible. When an opportunity arose for Katina to takeover an asset just South of Dallas, we knew she was the obvious choice!

Katina has been a wonderful addition to our team and we look forward to many more years of success to come!